Once you set up a blog and generate some content, you might eventually wonder if anyone is actually reading what your are writing. Down that line of thought is web analytics. After all, it would be nice to know if people are visiting... it gets so lonely out here... hello?... erm... ahem... sorry... Lucky for us there is an app for that. While many use Google Analytics or other proprietary alternatives, today we will be setting up Piwik for our analytics.

No, Piwik is not some sort of new exotic fruit - Piwik is a free, open source web analytics software, similar to Google Analytics, but you stay in control of the data. They offer paid hosting, which is a breeze to setup and use, but the Piwik Docker image makes hosting your own easy too.

Note: This post was written with a version of the Piwik container sometime before Piwik turned into Matomo. The steps may no longer be accurate for a more recent version.

Fortunately, thanks to the power of Docker and containers, setting up Piwik is relatively trivial and should be, for the most part, isolated from your other containers.

I am going to assume you have both Docker Engine and Docker Compose installed. Docker has an excellent documentation section that should be able to handle this better than I. Also assumed is a passing familiarity with docker and docker-compose - nothing too advanced is used, but there is a lot to cover and explaining commands is too consuming.

To get Piwik running we need a database, a Piwik instance, and a web server so you can view your analytics. Optionally, you should probably get a reverse proxy set up as well. If you already have one or do not need one then skip it. There are images on Docker Hub for all these things! We'll use the following images:

Pull the images down now:

Since I will undoubtedly forget the actual incantations to run each container I am going to do something shocking - write it down! Using Docker Compose, we can create docker-compose.yml files that will greatly simplify establishing multiple containers to work with each other. To borrow a phrase from the Internet, Docker Compose is amazeballs.

The Piwik image's page directs you here if you want to use Docker Compose, but I had some trouble with getting their instructions working at the time of this writing. The documentation doesn't mention a few necessary things... the solution was thankfully pieced together by someone else through comments on an issue for the repository. The solution detailed below is similar to and partially derived from that repository, so if you get stuck then try taking a peek in there.

To kick things off, create a folder (wherever you usually create docker directories) named piwik. Inside of it create the following folders and files... they can be empty initially, we are just aiming for the structure right now:

Rather than properly host the files on Github I have included them below. Certainly not the best idea... It's so wrong but feels so right.

Populate ssmtp.conf with the following and alter as needed (i.e., someEmail@gmail.com is probably not your real email):

Do the same for revaliases, modifying as appropriate:

For nginx.conf, you can set that up with the following:

You can leave the folders db and config empty. The containers will have their way with them soon enough.

Adding a reverse proxy via Docker is pretty trivial if you are using nginx-proxy. One thing I found was that it doesn't seem to like being set up with Docker Compose. Probably a case of PEBCAK, but I simply used an ordinary container instead via:

A result of using this image is that we need to include a VIRTUAL_HOST and expose a port for the server container. This is taken care of in the docker-compose.yml file.

One of the fun parts of Docker is that we can create networks and add or remove containers as desired. Networking can get complex fast, so I am going to be brief, do a bunch of hand waving, and run away shouting la-la-la-la.

We want to create a network named piwik:

If you have a reverse proxy container, add it to the network via:

This lets the reverse proxy talk to the containers inside of the piwik network. If it wasn't added then it would be like a middle school dance with boys on one side, girls on the other, and no dancing - in other words, nothing interesting would be happening.

Other notes while on the subject of networking. If you are using a subdomain, make sure DNS is set up properly. Also, make sure your reverse proxy is not getting in the way... at one point, for nginx-proxy, I had a DEFAULT_HOST set and this was giving me a grief as the subdomain kept displaying what was under the DEFAULT_HOST.

Nice to have so you can be secure when accessing your Piwik client and not reveal any data to those snopping. Haven't gotten this far yet into configuring my Piwik instance, so good luck figuring it out! :-)

Without further ado, add the following to the docker-compose.yml file:

To get things going, run the below within the same folder as the .yml file:

Hopefully when you navigate to the value of VIRTUAL_HOST you will see the initialize page for Piwik. If so then you can continue with the instructions listed on the Piwik image page. If not then take a deep breath... try to think logically about what is not happening:

From here you can continue configuring Piwik via your browser. One important thing to remember is to include the code Piwik provides in your website's header. With luck, you'll even find out people read what you spend hours creating. How thrilling!

Suppose you love Clojure (of course you do), anonymous functions (doubly so!), and syntactic sugar but you need to have more than one argument. What's a person to do?! You could write the anonymous function out like so, but look at that - an 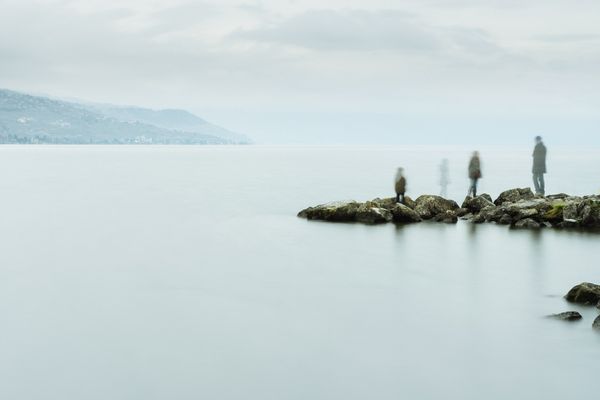 This was actually relatively painless for me! I was on Ghost 0.7.x and updated to 0.9.x with no troubles. Since I have no idea how you